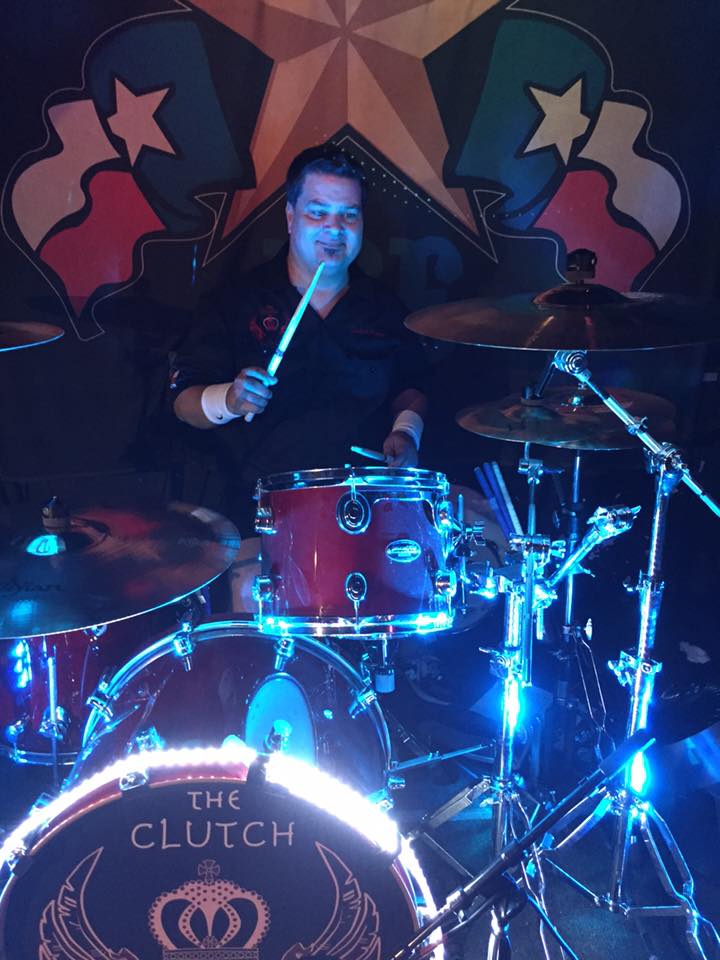 Born in Houston, Texas is how this drummer’s story begins. He sat behind the drums for the first time at 9 years old and later taught drum lessons in DFW and Austin.  John has established himself as a feel/pocket drummer with a big foot.  Musicians know him as “Big Sticks” while others simply know him as JB. If you see him play live, what you will remember about him is his massive presence behind the drum kit. JB lives to serve the song.  Being a child of the ’70s and ‘80s, he gets his groove and feel from his primary influence, the rock master John Bonham (Led Zeppelin’s infamous drummer).  As he began to get into more progressive rock, he dove head first into players like Neil Peart (RUSH) and Leonard Haze (Y&T).